I've acquired quite a few OPI polishes over the past few months and the photos have just been sitting in a folder, so I figured I'd show them to you all together!  I've got four Euro Centrale shades, two Liquid Sand polishes, and one from last year's Spring/Summer Holland Collection. 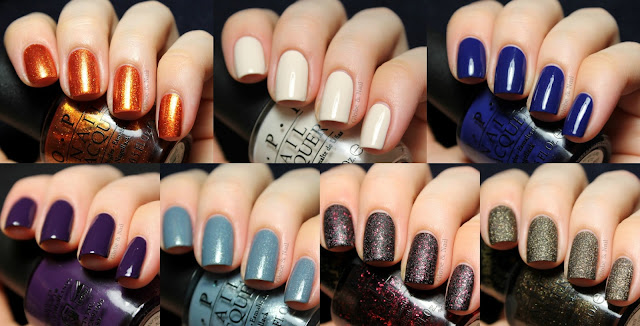 This post is super picture-heavy, so read on after the jump!  :)

First up are the four Euro Centrale polishes that I've got (so far).  I'd still like to pick up You're Such A Budapest; we've also got a mini of Oy - Another Polish Joke!, but it belongs to my sister (she was given it as a gift) and I haven't gotten around to swatching that one yet.  Enough talk, onto the polishes!

A Woman's Prague-ative is an orange/gold/copper foil polish, with full coverage in two easy coats.  Shown with one coat of LaCC 2013 top coat. 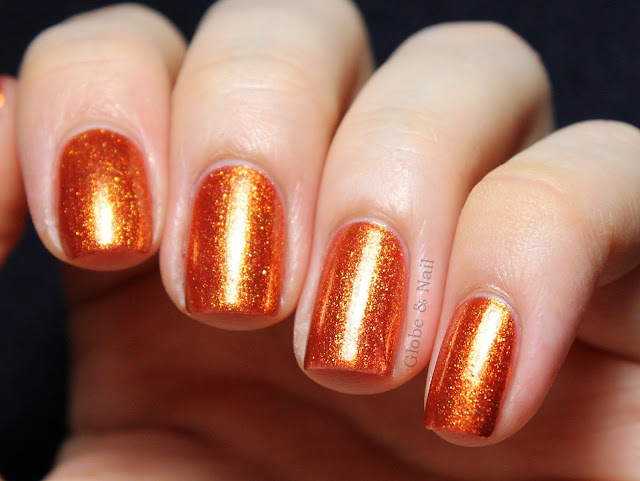 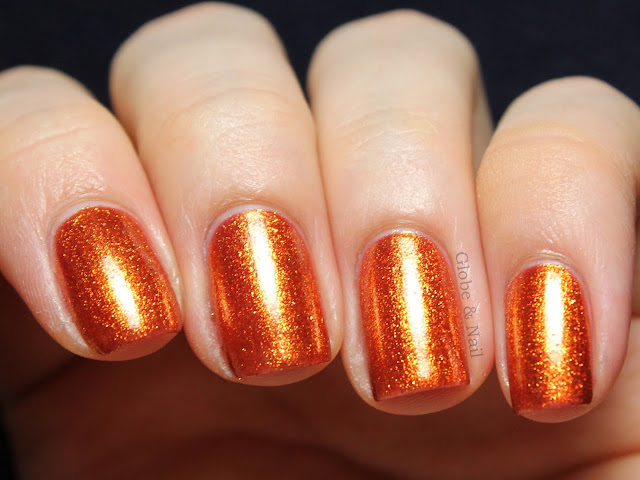 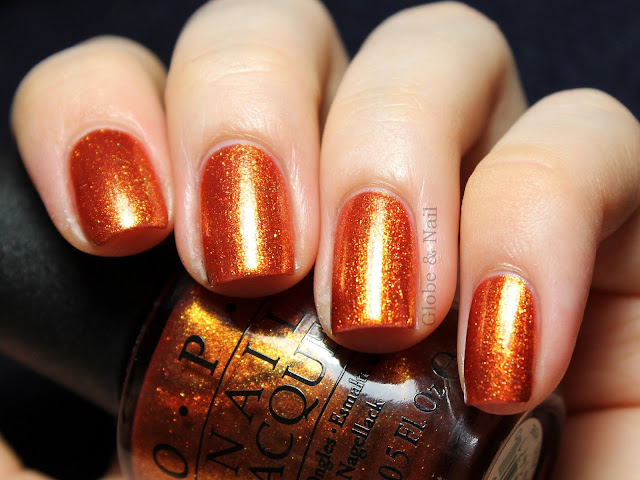 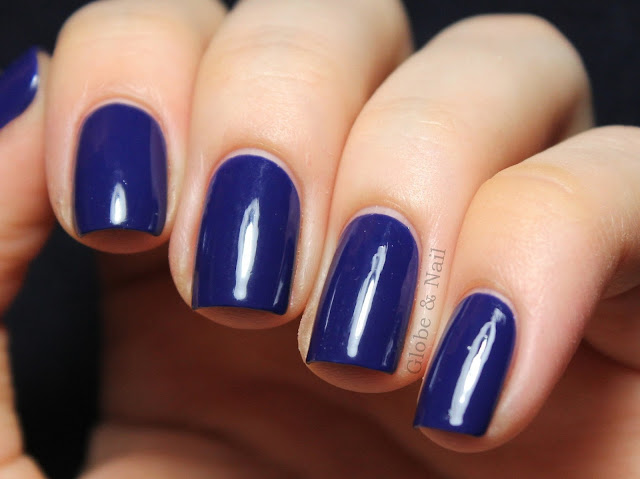 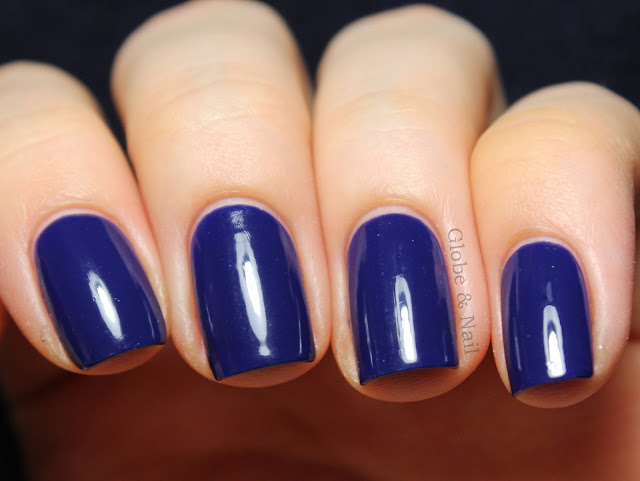 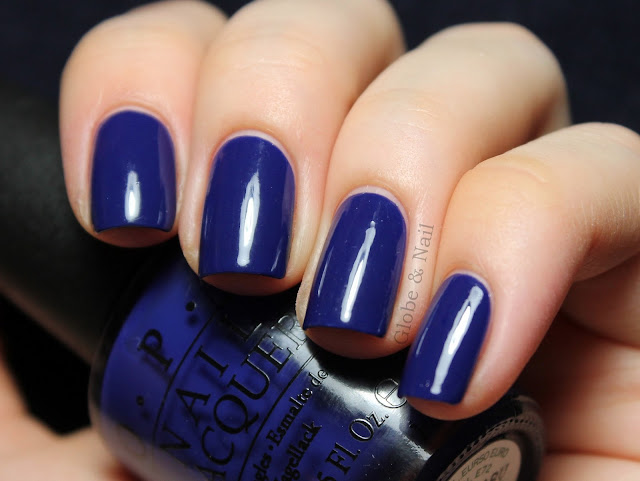 My Vampire Is Buff is a creme that manages to perfectly walk the fine line between white and nude.  I believe this was two coats topped with Seche Vite.  I've lost count of how many times I've used this one since buying it a few weeks ago, I'm seriously in love with it!!  I'll probably need a back-up bottle... 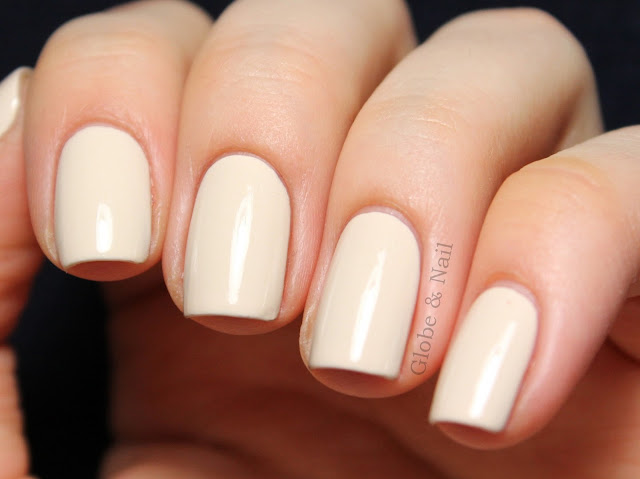 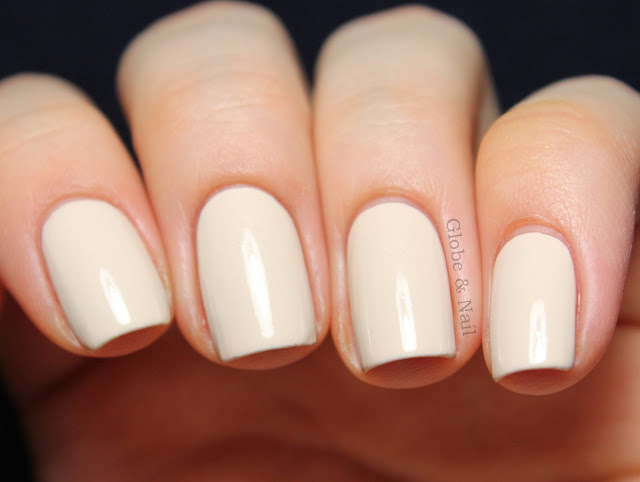 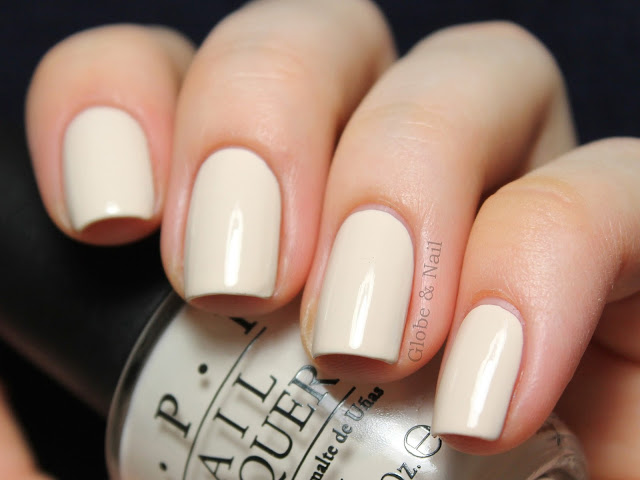 Vant To Bite My Neck? is a deep eggplant purple creme that covers in two perfect coats.  This is the polish that I wore when I left for Europe, it's such a beautiful vampy purple!  I layered this with LaCC 2012 base coat and 2013 top coat, and it wore like iron for five whole days with barely a chip!  LaCC's base and top coats are top-notch for wear-time! 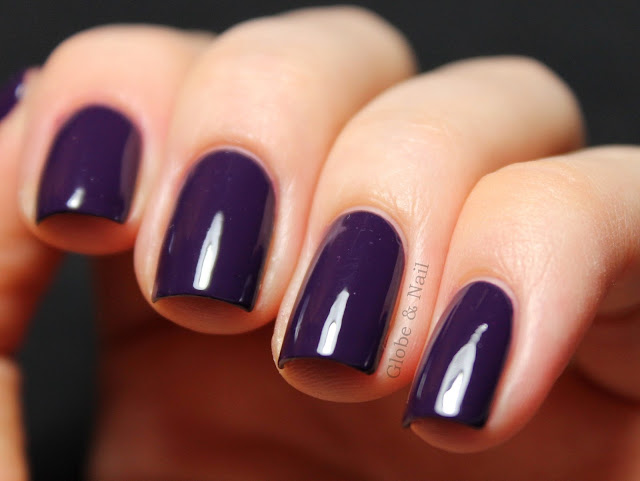 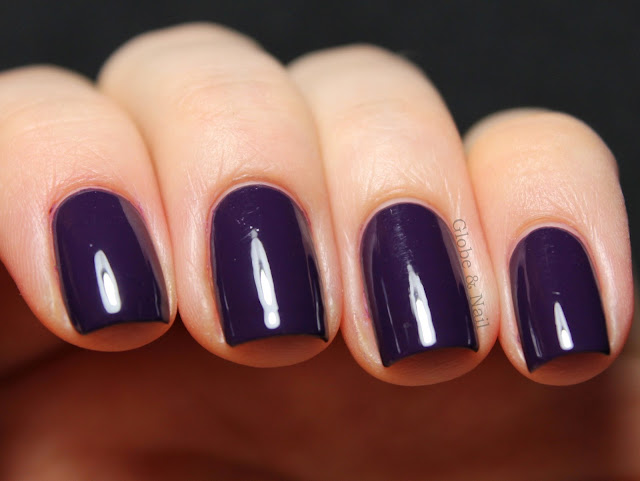 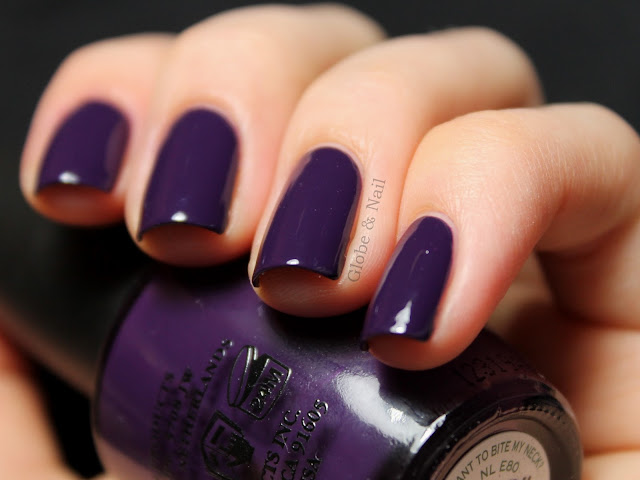 This next shade is from last year's Spring/Summer Holland Collection.  I Have A Herring Problem is a beautiful light grey-blue glass-fleck polish with an awful name.  Do you think that it's supposed to be a pun about hearing problems, or that someone actually has a problem with herrings?  Two easy coats, Seche Vite top coat. 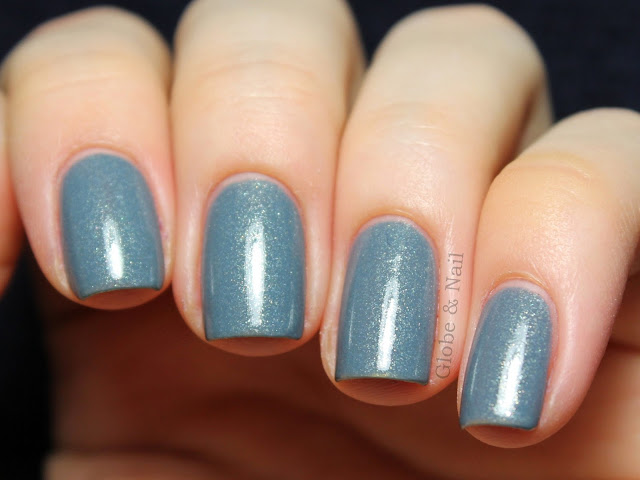 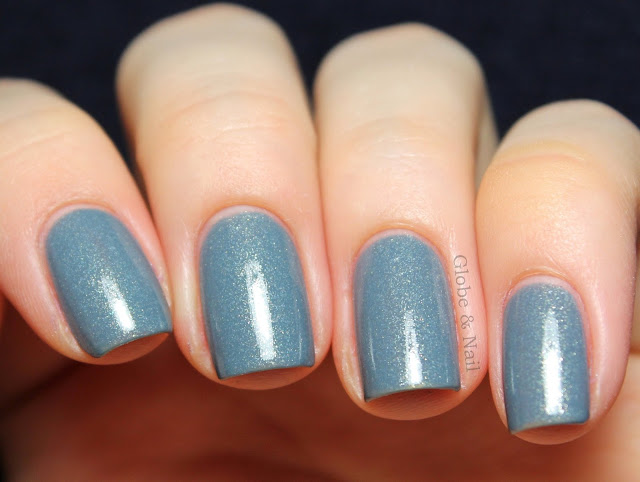 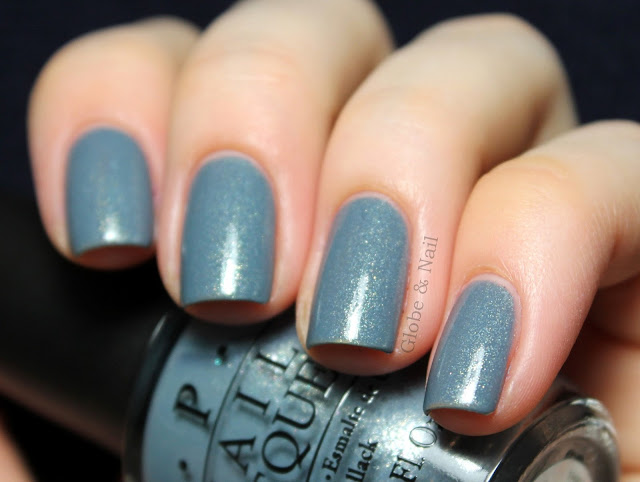 Lastly are the two Liquid Sand polishes.  These are, so far, my only textured polishes, but I ordered four more (two Bond Girls and two Zoya Pixie Dusts) from Nail Polish Canada yesterday, so I'll hopefully get those in the mail tomorrow!!  :)

I guess the fact that I've ordered more is a spoiler to the fact that I really like the textured trend, haha.  My first textured polish was Stay The Night from the Mariah Carey collection.  In a sudden fit of desperately wanting to try a textured polish while in Paris, I dragged my dad into the Sephora by Galeries Lafayette (even though we had been to the Champs Elysees Sephora the day before) and bought this one. 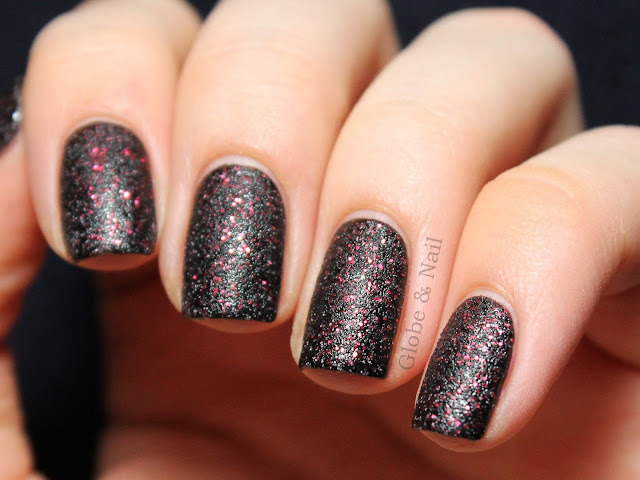 Funny side-story: right after our impromptu Sephora run, we headed over to the Opera Garnier to see if we could scalp some tickets for that night's sold-out performance of Paris Opera Ballet's Roland Petit show.  We ended up getting tickets (probably the worst in the house) but by that time, we didn't have time to go back to the hotel and change.  Needless to say, I felt quite awkward showing up to see Paris Opera Ballet (who I've been dreaming of seeing live for years) wearing jeans and Converse, Sephora bag in hand.  I was so eager to try this polish that I went to the bathroom in the Opera House and put it on, haha!!  I've actually shown it to you before in this post, where you can see me wearing it in front of both Sacre Coeur and Big Ben.  This polish has evidently been through a lot.  ;) One coat over A England Jane Eyre, no top coat. 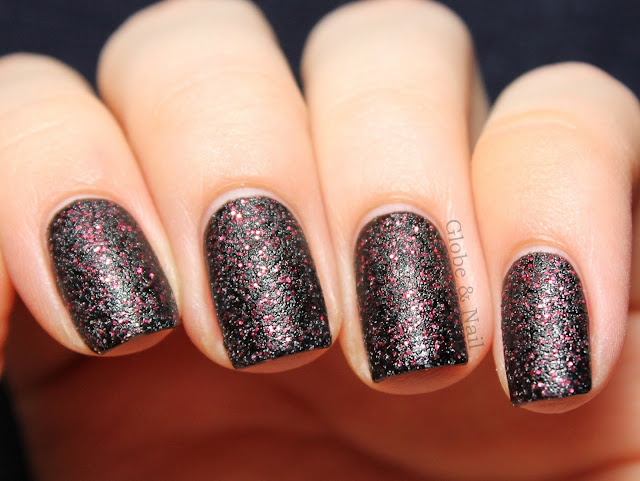 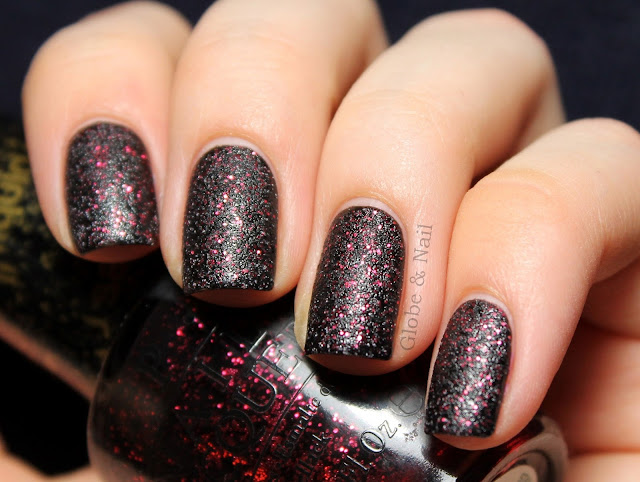 Last for today is another Liquid Sand that I picked up recently, this time at Winners.  Big surprise, I know.  This one is the lone liquid sand from OPI's Oz The Great And Powerful collection, which was released earlier this year.  I was honestly a little afraid that this brown with green undertones would end up literally looking like poop due to the texture, but it actually turned out to be a very chic polish with a gold sparkle! 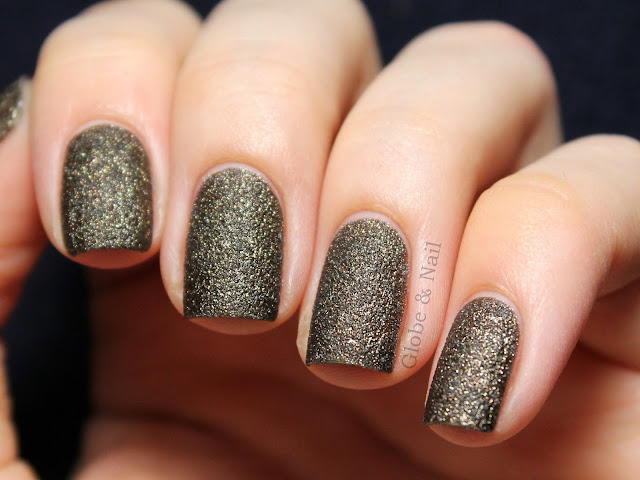 I used two easy coats, not top coat.  All my friends think that textured polishes are the coolest thing ever, and I'm obviously a fan of the trend as well.  They dry to a texture similar to sandpaper, and I just can't stop feeling my nails when I've got one on! 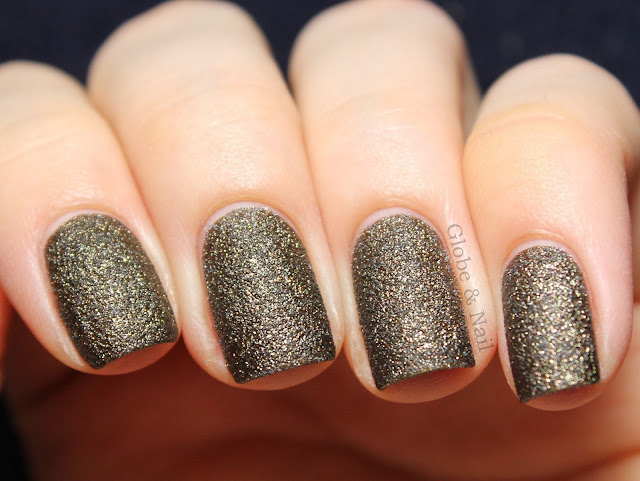 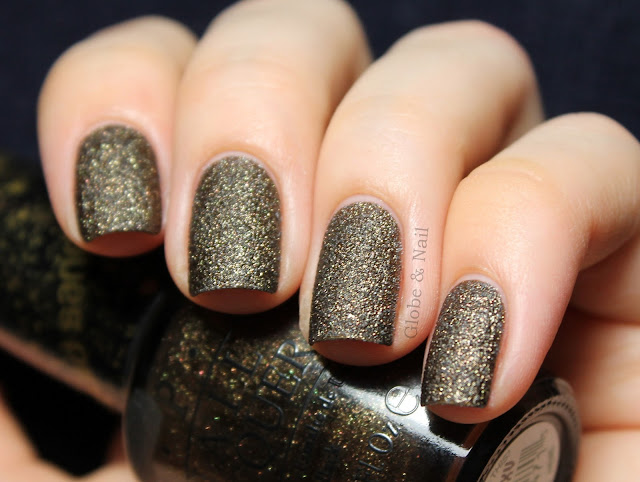 Whew, that was a long post!!  If you've made it to the end, congratulations and a virtual high-five to you.  Do you like any of these?  This is my first swatch-spam sort of post, and I'm interested to know if you guys like this sort of thing.  Let me know, comments make me happy!  :D
Posted by Emma at 3:00 pm