Hello all! Something a bit different today, and *surprise* it's actually some newly created content.  I received this lovely wood watch from JORD a couple weeks ago, and have put together a neat little photo spread to show it off.  I'd forgotten how much I love doing things like this; here we go!

The model I got was the Fieldcrest in Zebrawood & Maple.  The packaging presentation was absolutely beautiful, as you can see below.


It came in a wooden box with the JORD logo on the top.  Underneath the cushion holding the watch, there was a cleaning cloth, a warranty card, and a few extra links.


Inspired by the natural simplicity and elegance of the watch, I painted my nails in two coats of the earthy but rich LaCC 1981, and added a row of gold loose glitter along the base of each nail.  Topped off with one coat of Seche Vite, as always.


Of course I was delighted to find that the watch fit perfectly.  In terms of size, it's a bit on the chunky side for a women's watch.  I personally prefer larger watches, so this was absolutely perfect for me.  However, if you're one who prefers smaller, more streamlined watches, this particular model may not be for you.  (I actually only own one other watch, and it's even larger than this one.) Luckily they have got quite a good selection of models, so I'm sure there's something for everybody.


I've been wearing it around quite a bit over the past couple weeks, and have gotten a few compliments on it which is always lovely.  It is quite a unique piece, and I'm glad to have added it to my wardrobe! They are a bit on the pricier side (for a young professional artist like me who doesn't get paid very much) but if you're looking to treat yourself, this is definitely an awesome piece.


This watch retails for $120 USD, or £77 GBP at the current exchange rate.  You can find this specific model here, and also browse the rest of the JORD watches collection.

Disclaimer: The products in this post were provided in return for my honest opinion.
Wooden Watch Review

Skittlette from the Vault

Hello!  It feels slightly strange to be writing a post again, since I haven't blogged since January.  I didn't stop for any other reason than that I found it wasn't really compatible with my work schedule.  Being a professional ballet dancer in a company that does lots of performing has been amazing, but unfortunately I've got to wear nude polish when I'm onstage, which is quite frequently.  I'm not sure if I'll get back into blogging regularly, but I've got quite a few photos piled up in folders that never got posted, so I'd at least like to get those shared.  Beyond that, I have still been doing my nails frequently, so I may pop up from time to time with new stuff.

There have been some other major changes with me, the main thing being that I'm now living in England as an Irish citizen.  Once I finished the season with the ballet company in Toronto, I moved to London and have been here with my family since May.  I will be starting with a ballet company north of London in just over a week now, which I'm very excited for!

Anyways, I know you're all just here for the nails (if any of you are still left after my unplanned hiatus!) so here's something I hauled from the vaults.  This was from a week-long stint at the end of January where I went oval before filing them down to nubs again. 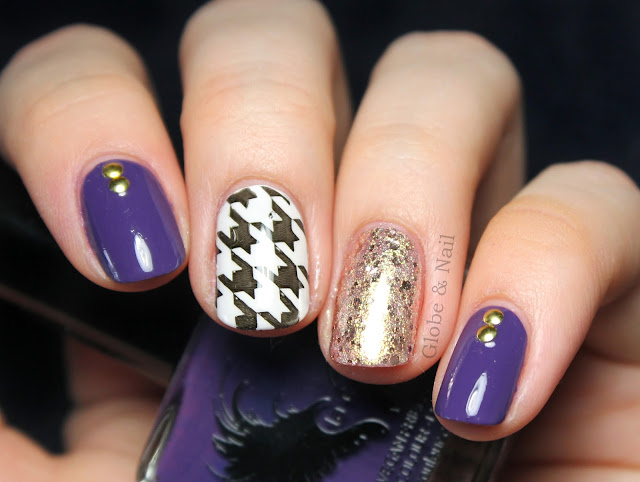 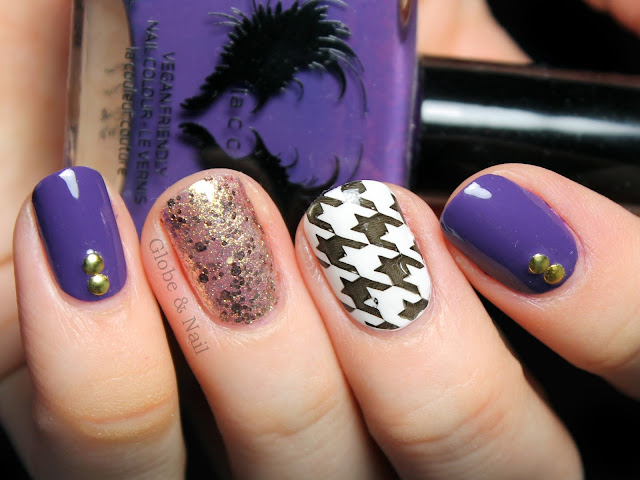 So I *guess* if I get back to posting enough, I'll be one of the group of English nail bloggers now?  Anyway, I know my performance schedule this coming year will be absolutely crazy, as we're touring all year and doing about 130 performances all over the UK.  But I'll work on clearing out the vaults for now, and beyond that maybe find time for the occasional post once in a while.
Thanks to all of you who've stuck around! :)

Good morning!  I've got five great polishes to show you today from a new-to-me indie brand from France, Il Etait Un Vernis.  These five polishes make up their newest collection, License to Polish. 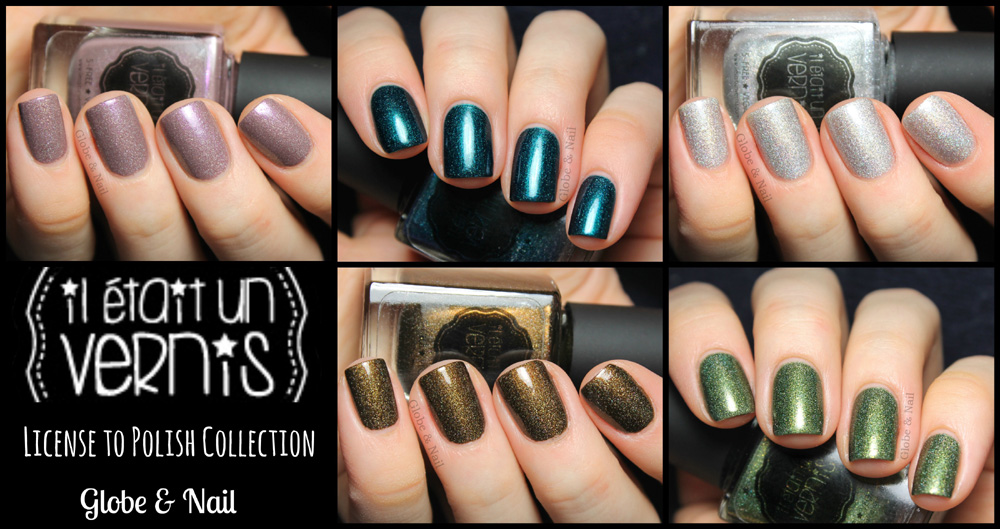 This morning I've got some gradient nail art to share with you, featuring two of the polishes from the LaCC Fall 2014 Collection which I swatched here.

I started by laying down one coat of 2000 (grey), and then sponged on the gradient with that and 2002 (black).  I thought it could use a little something more, so I added a coat of Butter London Frilly Knickers on top.  It's all sealed with a coat of Seche Vite. 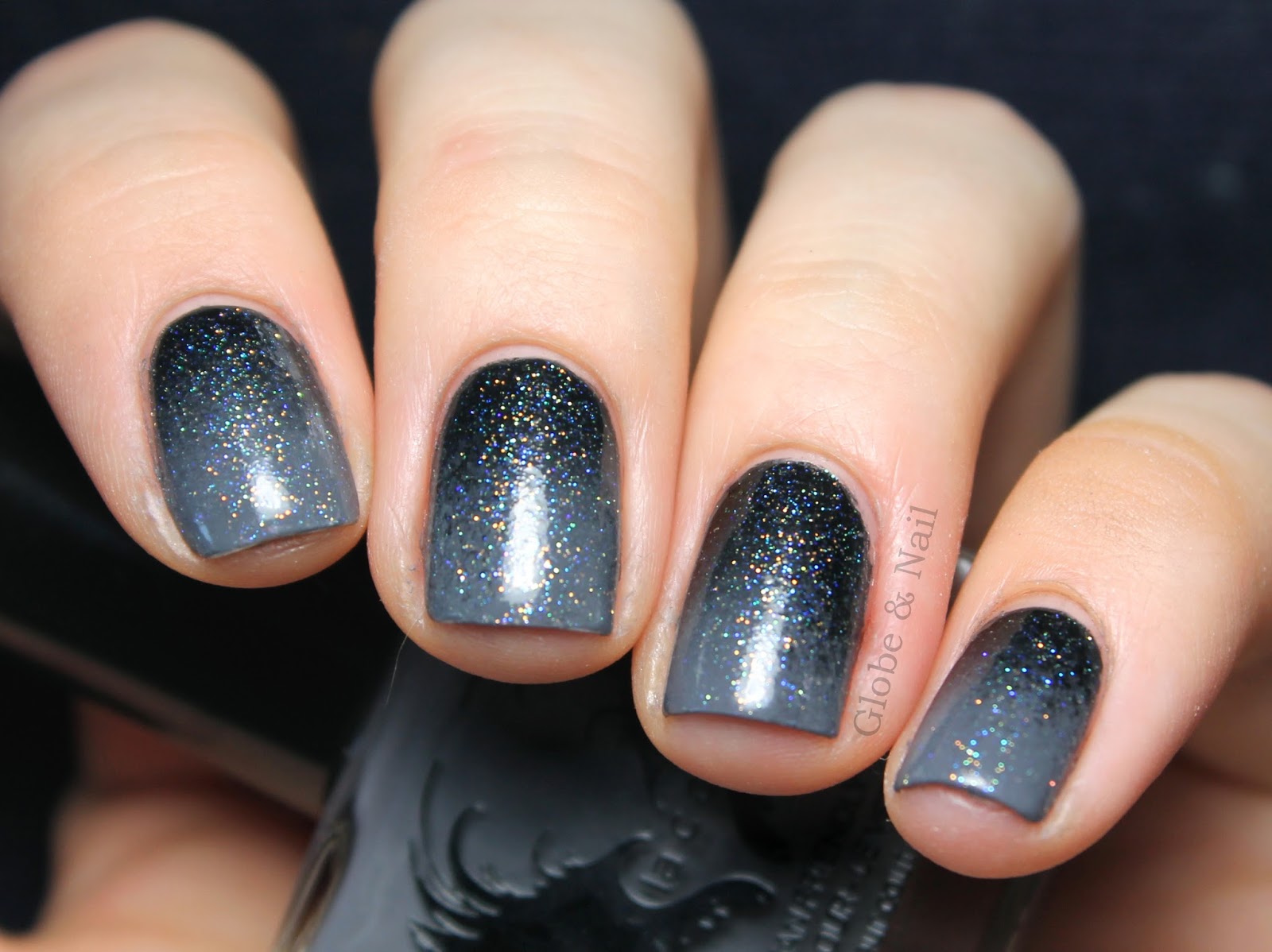 It's a pretty simple look, but I quite enjoyed wearing it!  What do you think?  :)

Hello!  I'm super excited about today's post, since I get to share another LaCC collection with you!  This is a collection of five polishes that were released for Fall 2014; there's a beautiful blue, a great nude, and the ever-useful black, white, and grey.  Let's get to it!

Continue reading after the jump.

Hello!  I've got another set of the Quo by Orly Water Transfer Nail Art to share with you today.  They applied the exact same as the previous set, so I'll omit most of the details in this post but you can read up my original review for everything you need to know about them here! 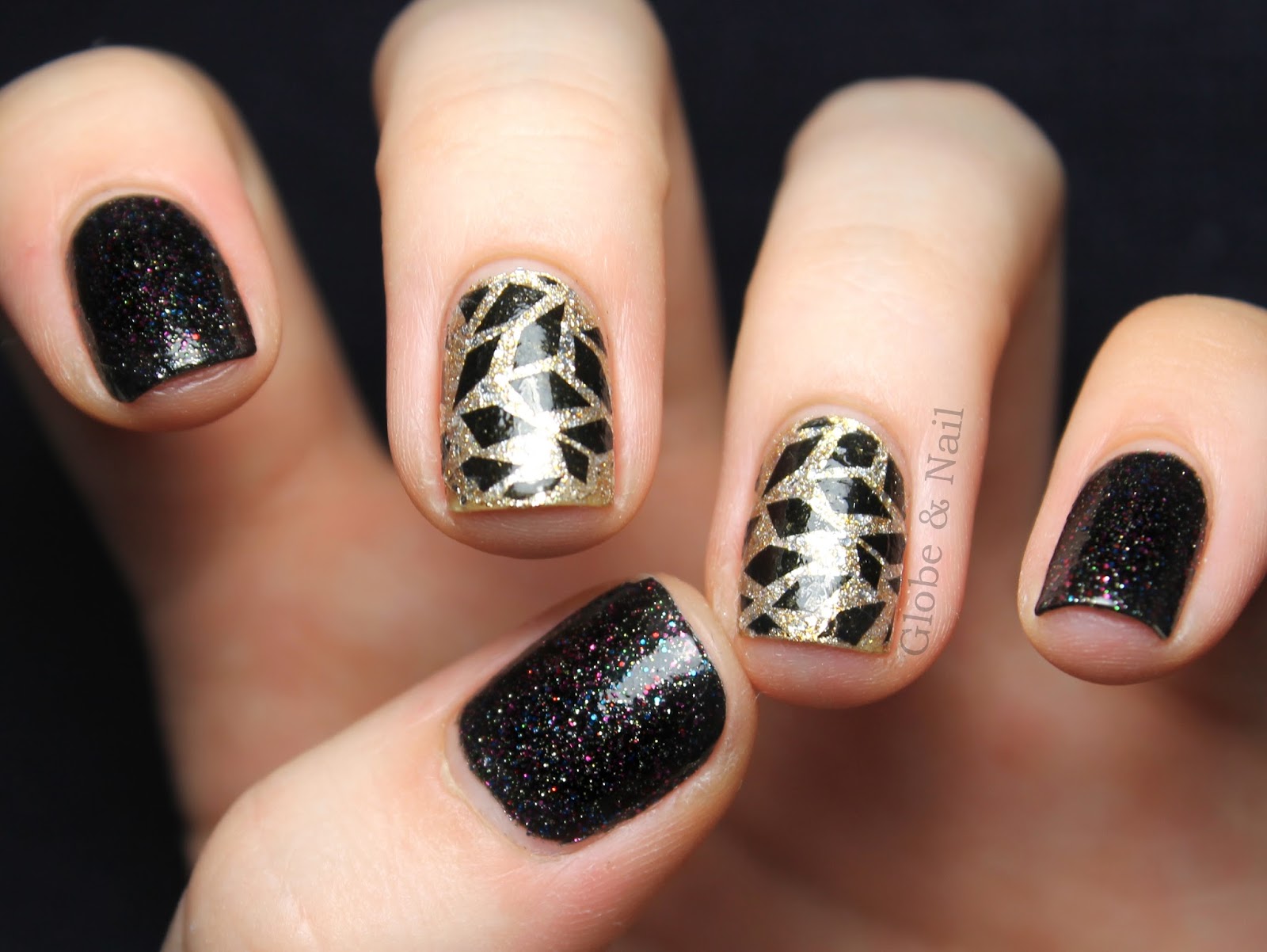 This time,  I applied the decals over a glitter polish instead of white.  I used three thin coats of Orly Halo for the base, and then applied the water decals.  The rest of my nails are one coat of LaCC 1999 followed by one coat of Butter London Black Knight.  All nails are topped off with a coat of Seche Vite. 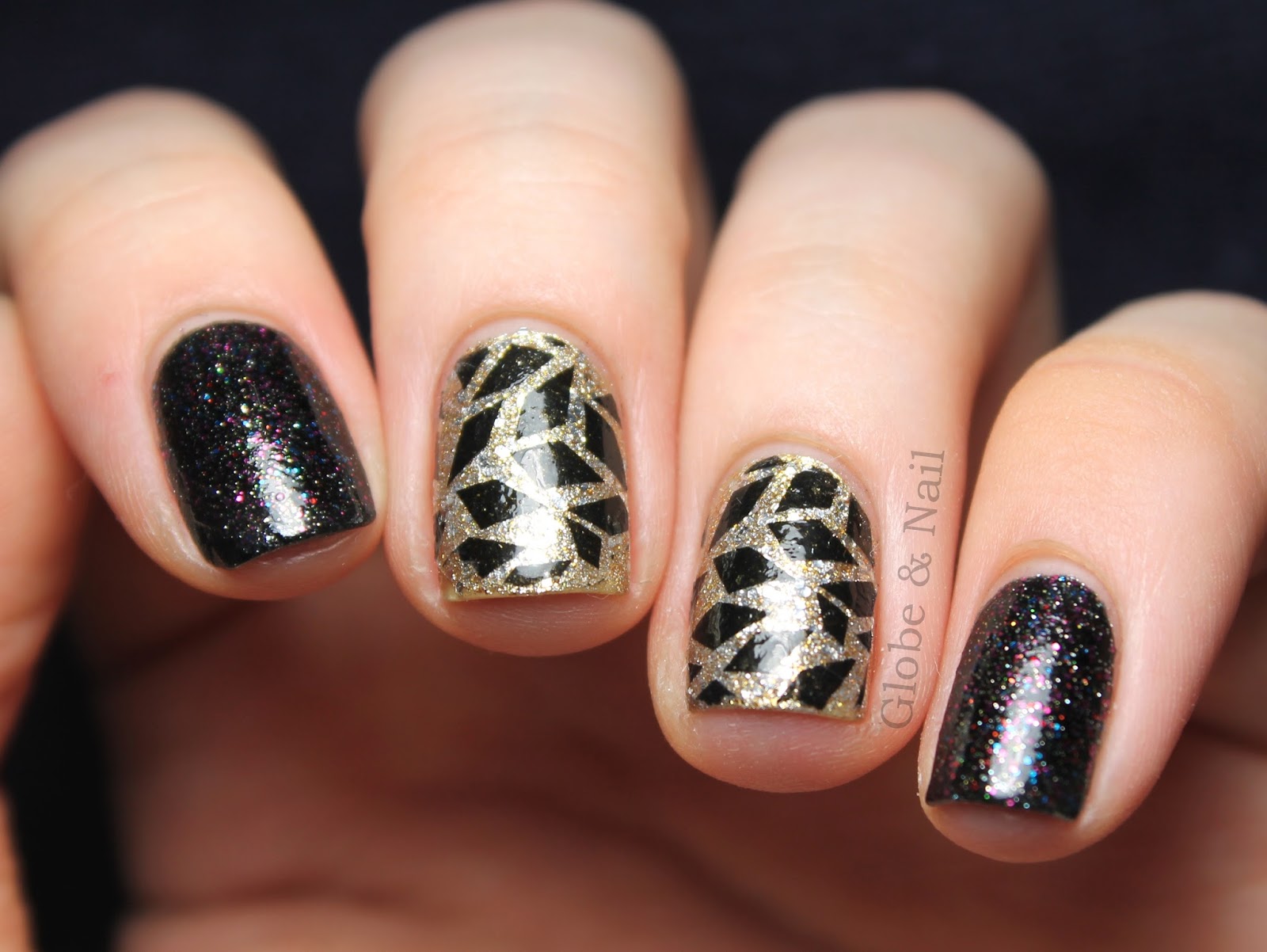 Quo by Orly Water Transfer Nail Art.  Available at Shoppers Drug Mart/Pharmaprix for a limited time only.  Quo by Orly polishes are free of DBP, formaldehyde, and toluene.
Disclaimer: The products in this post were sent to me by the company's PR representative for review and my honest opinion.

This post has been sitting in my drafts folder for ages, I can't believe I haven't already shared these with you!  These Quo by Orly water transfer decals are pretty awesome; I got a couple different sets to try, and I'm going to show you Love Notes today.

They apply just like the temporary tattoos I used to put on as a kid.  You basically put down your base colour (I used Quo by Orly Purity here), wait for that to be dry, place the dry tattoo over your nail, and hold a wet cloth or anything similar to the back for about 15 seconds, and it transfers onto your nail.  That's all!  Intricate-looking nail art with minimal effort!

I decided to use them as accent nails, and painted the rest of my nails in two coats of Quo by Orly Smudge Me from the Fall collection, and added a black stud to each.  I sealed in the water decals with a coat of LaCC 2013 top coat. 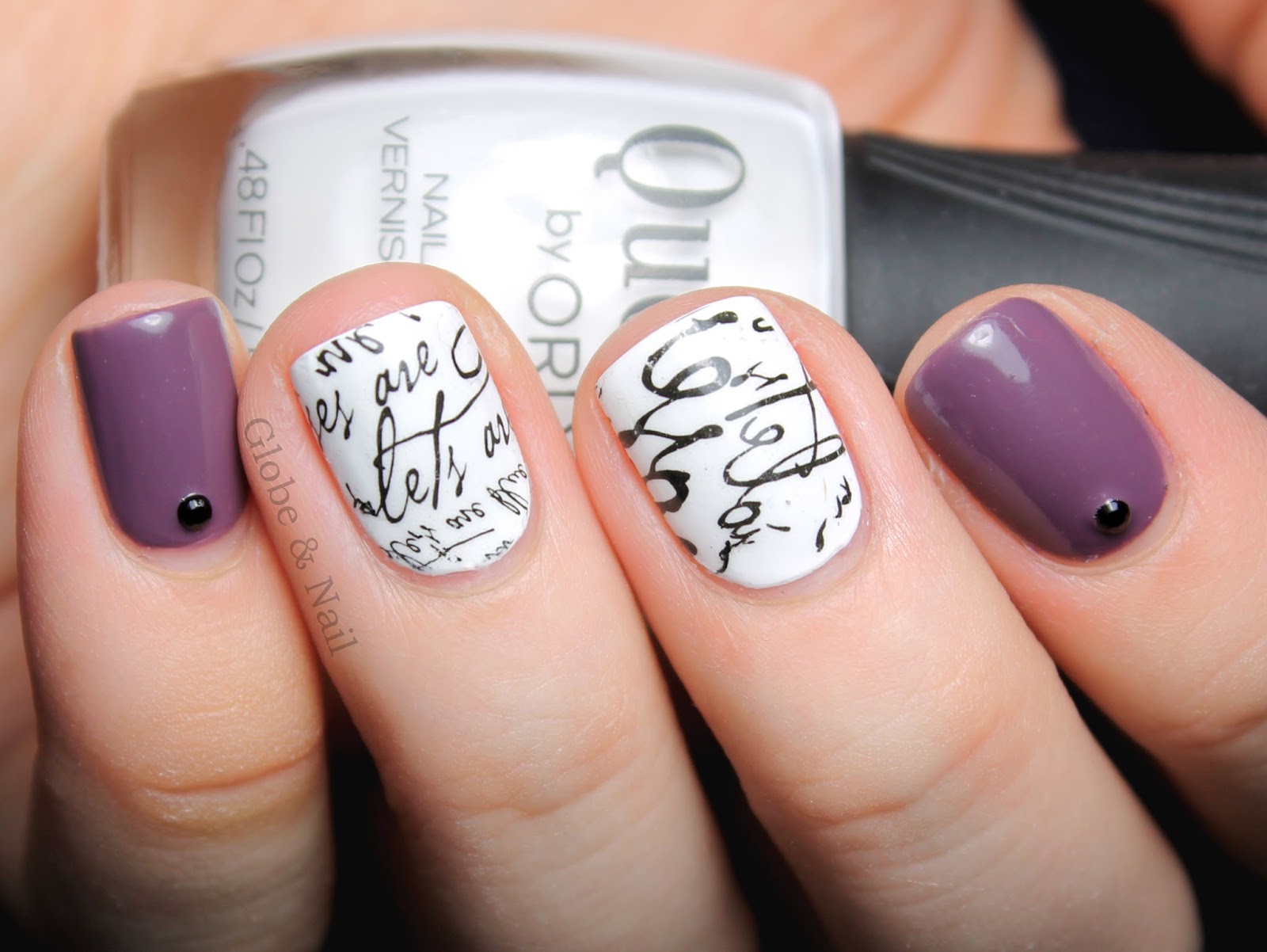 I've got a couple more designs of these to show you, so keep an eye out for those.

Quo by Orly Water Transfer Nail Art.  Available at Shoppers Drug Mart/Pharmaprix for a limited time only.  Quo by Orly polishes are free of DBP, formaldehyde, and toluene.
Disclaimer: The products in this post were sent to me by the company's PR representative for review and my honest opinion.
Posted by Emma at 4:00 am 117 comments: