Miss Ashleigh Polish: In The Navy, My Merlot Made Me Do It, & A Pastel Experi-mint

Good morning!  Last week I was chosen to be in the company's production of The Nutcracker; rehearsals have been going like crazy, with the first show in just over a week now... I'm hoping it'll all go smoothly!!

Today I've got a super overdue review of some awesome Aussie indie polishes!  After swatching and editing, a bunch of these photos went missing among all the folders on my computer and I couldn't find them for the longest time... And yet as I was about to revert to re-swatching them, they turned up!  Anywho, here's the first three of six stunning polishes I've got from Miss Ashleigh Polish! :)

I know that blog posts have been a bit sporadic over the past little while, but if you know me at all, you know that I wouldn't miss the chance to do some nail art for today... It's Doctor Who's 50th Anniversary!!

In honour of the longest-running sci-fi show ever, I did some galaxy nails with a TARDIS and the Doctor Who logo!  I've had this idea floating around in my head forever, and I'm so glad I finally got around to doing it! 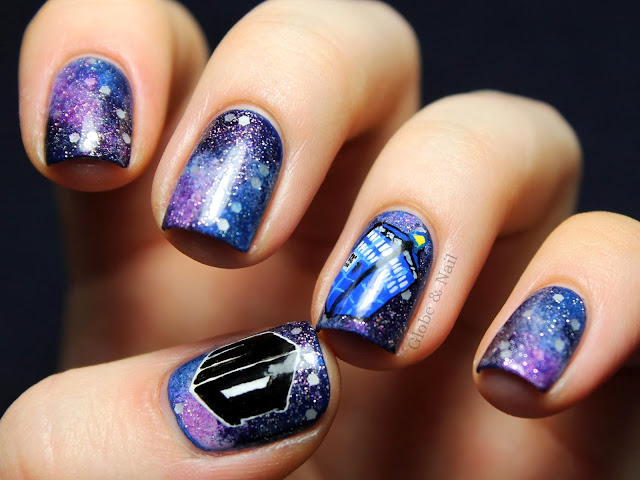 For those of you who don't watch Doctor Who: my sincerest condolences.  You're missing out.

On a side note here, has anyone else watched An Adventure In Space And Time yet?  I watched it online, and it's SO GOOD.  It's a 60's-set docu-drama about the beginnings of Doctor Who starring David Bradley (better known to Potterheads as Argus Filch) playing first Doctor William Hartnell.  You don't even have to be a Whovian to enjoy or understand it, it's that amazing.  Not going to lie, the end made me cry a little.  You've been warned. 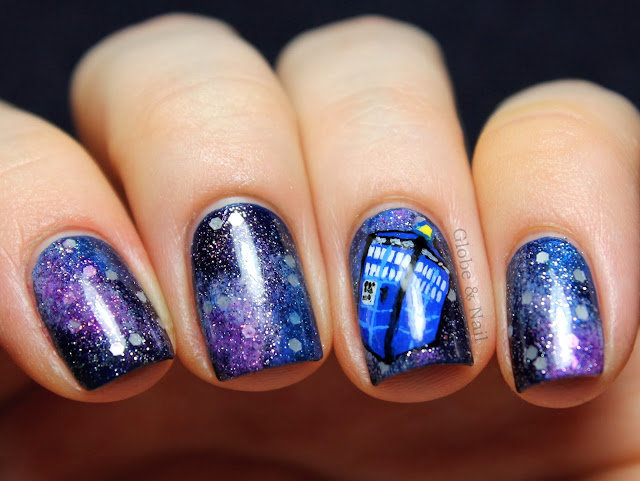 Nails!  For my galaxy mani, I started with a base of Cult Nails Time Traveler, for obvious reasons.  I then sponged on piCture pOlish Twinkle, OPI Russian Navy, and Zoya Aurora, along with a couple of Doctor-inspired polishes including Dollish Polish It's Bigger on the Inside and Lynn B Designs Time And Relative Dimension In Space.  I added a coat of OPI Pirrouette My Whistle for some stars!  The Doctor Who logo and TARDIS were done with acrylic paint, and it's all topped off with two coats of Seche Vite. 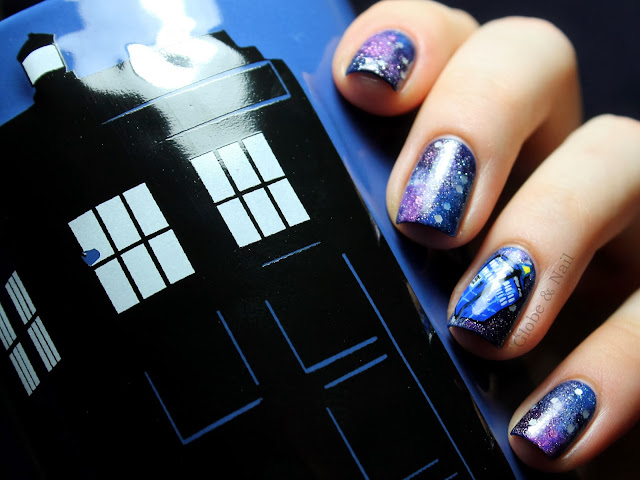 My roommate got me the above-pictured TARDIS mug for my birthday, and my other Whovian friend got me a TARDIS cookie jar (which is way too big to hold for a photo) filled with homemade cookies!  They know me too well... 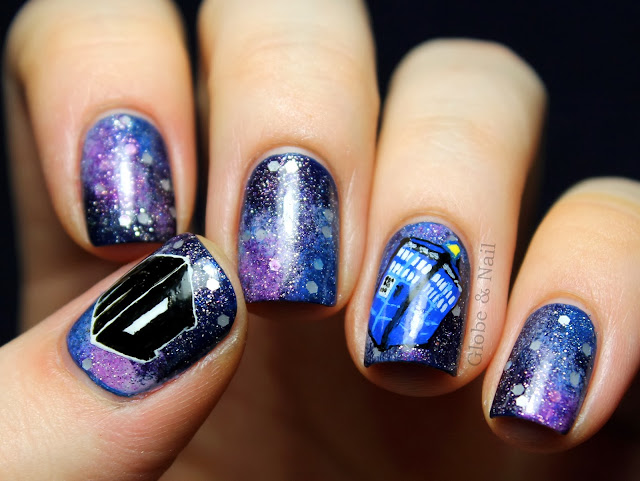 I haven't done detailed freehand work in quite a while, so execution was a little rusty on this one.  Nevertheless, I still love it!

Please keep the comments spoiler-free, as I actually won't be watching The Day of the Doctor (50th Anniversary Special) until Monday when I go to see it in the theatre with my previously-mentioned Whovian friend and his family!  (Plus their last name is Who, because they're awesome and British.  I have cool friends.)

And so with that, I leave you the comments section... Fangirl time!! :D

I'm 18 today!  It's weird, it really doesn't feel like it should be this time of year already, and yet somehow it is...  I've still got to go to ballet class and rehearsals this morning and then go to work for six hours in the afternoon, but I'm going out for dinner with two friends later, so that'll give me something to look forward to!  Well, that and eating an entire tub of Ben & Jerry's all by myself... Because everything is calorie-free on your birthday. 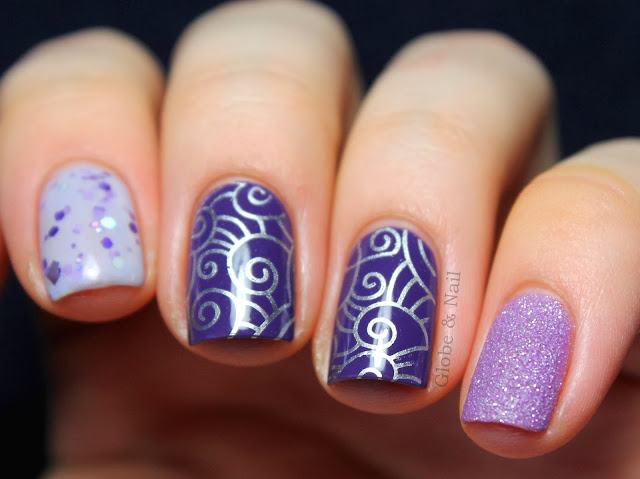 This isn't actually what's on my nails today, but it's a cute skittlette that I wore earlier this week.  I really loved this, mainly because it's all purple which is my favourite colour!  :) 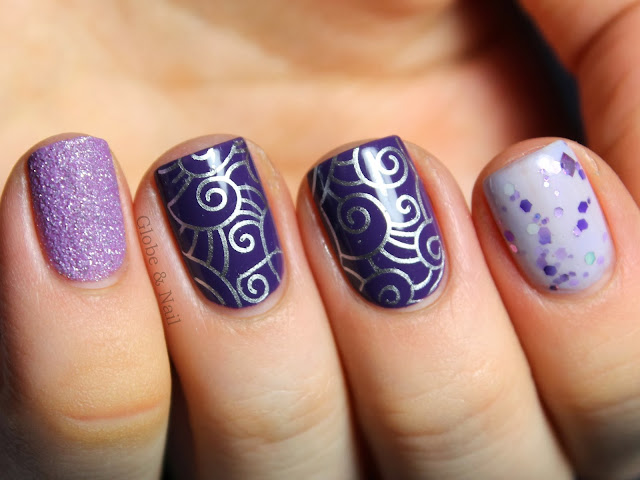 The gorgeous glitter on my index finger is two coats of Aphrodite Lacquers Star Crossed Lovers over OPI You're Such A Budapest.   My middle and ring fingers are each one coat of LaCC 1973 stamped with Nailz Craze Plate NC02 and Essie No Place Like Chrome.  I finished off the look with my favourite textured polish on my pinky: Zoya Stevie.  All nails (except the Pixie Dust) are topped with LaCC 2013 top coat. 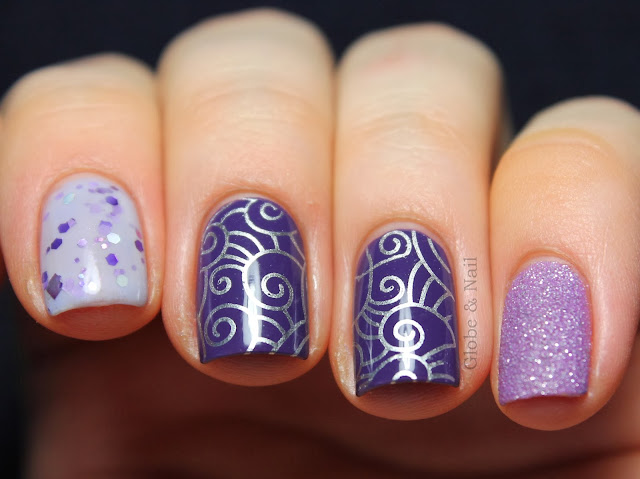 Good morning!  Today I've got yet another nail art look to share that features a few polishes from the LaCC Fall/Winter 2013 Collection. 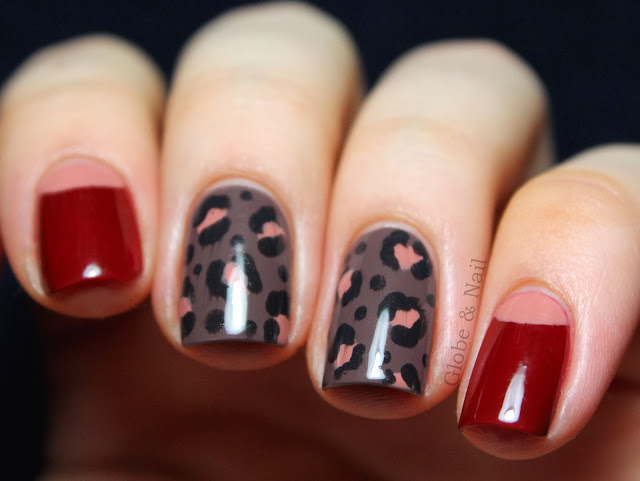 This look actually uses the exact same four polishes as the striped nail art I shared the other day... I can't help it, these colours just go together so well! 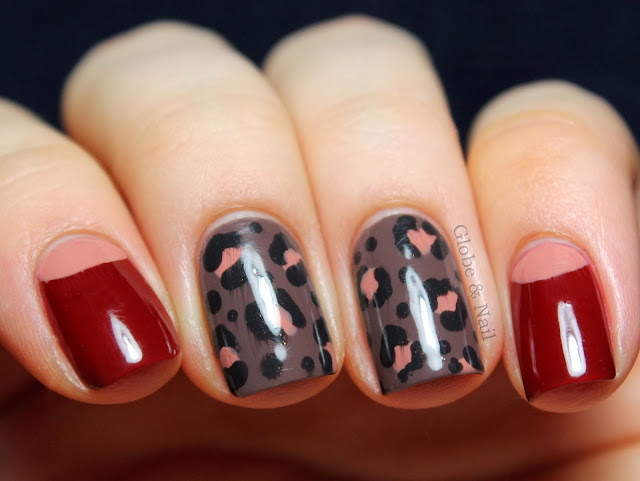 My double-accent leopard print nails started with a base of 1988 (taupe).  The salmon-coloured centers were dotted on with 1981, and then outlined in 1998 (dark brown).  The half-moon nails are two coats of 1941 (red) followed by freehanded half-moons in 1981 (salmon-nude).  All nails are topped off with two coats of LaCC 2013 top coat. 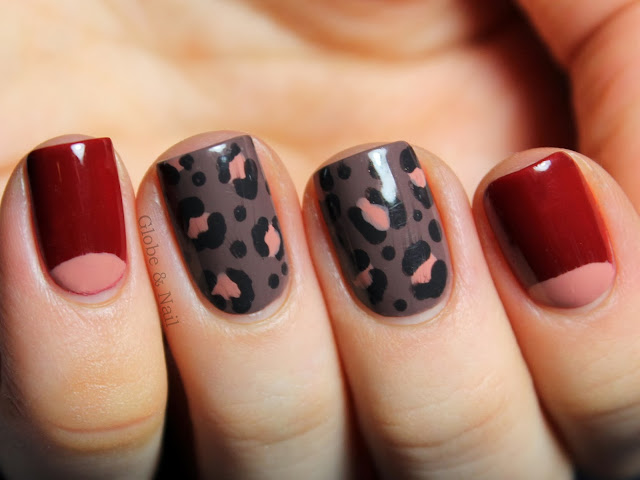 All of these polishes are part of the LaCC Fall/Winter 2013 Collection, which is now available to purchase through the LaCC website, as well as through many online retailers and stores which are listed here.

I really like how this nail art came together - the combination of neutral leopard print and half-moons had such a classy look to it!!  What do you think?  :)

Happy Friday!  I'm so ready for this long weekend... Today I've got some awesome striped nail art that I created using a few polishes from the LaCC Fall/Winter 2013 Collection which I showed you the other day! 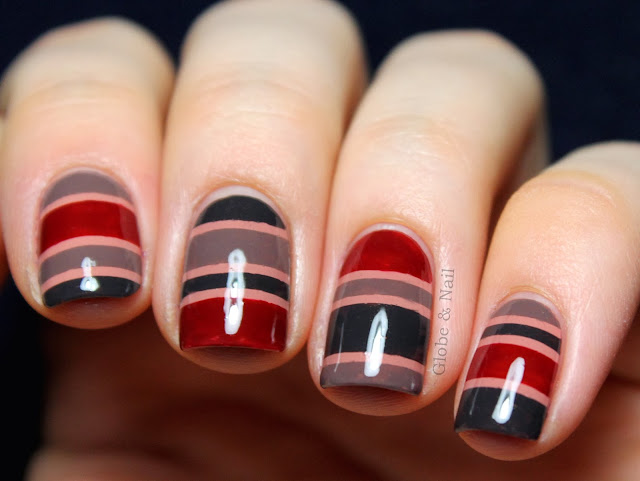 I started with two coats of 1981, a salmon-toned nude creme.  After a coat of Seche Vite to speed up the drying, I used striping tape to mark off the lines.  Using a nail art brush, I filled in the sections alternating with 1941 (red), 1998 (dark brown), and 1988 (taupe).  After removing the tape, I topped it off with two coats of Seche Vite to smooth everything out. 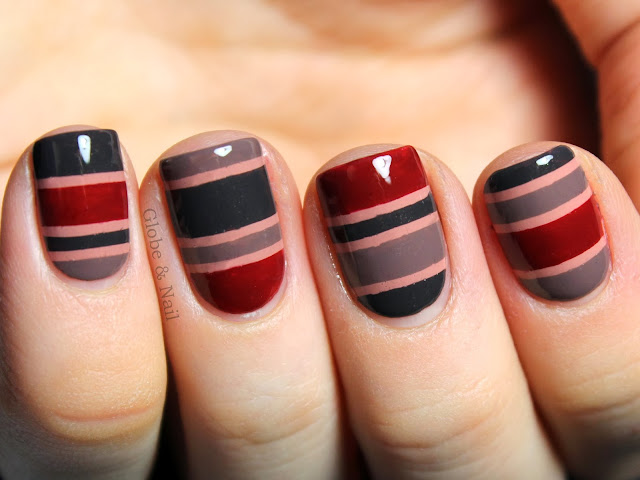 I really love how all these colours go together so perfectly - this combination just screams fall to me!  The stripey pattern in warm tones reminds me of a cozy sweater, perfect for the season! 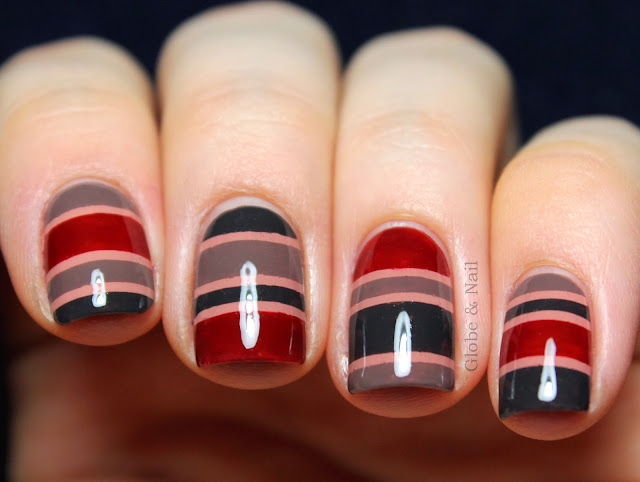 What do you think of this look?  All of the LaCC polishes are just screaming at me to be used in nail art, so expect to be seeing a lot of those pop up over the next little while!  ;)

Good morning!  I've got a super exciting post to share today... It's the first complete look at the new La Couleur Couture Fall/Winter 2013 Collection!  Full of rich cremes, perfect neutrals, and vampy shimmers, there's something in this collection for everyone! 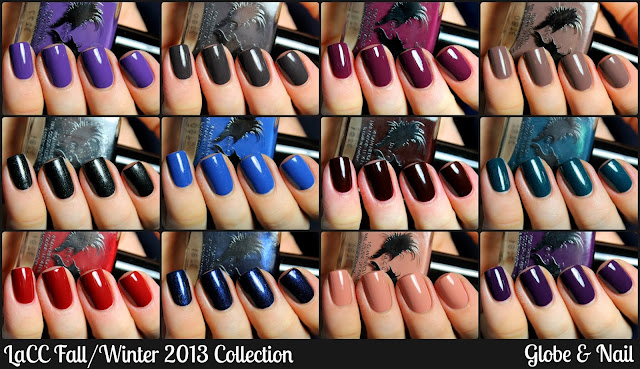