The first installment of The Hobbit is coming out this weekend; who's as excited as I am?  :)  I got really into The Hobbit and Lord of the Rings in the spring when I decided to read all the books, and I've been in love with Middle-Earth ever since.  Prepare yourselves for an awesome Lord of the Rings post! 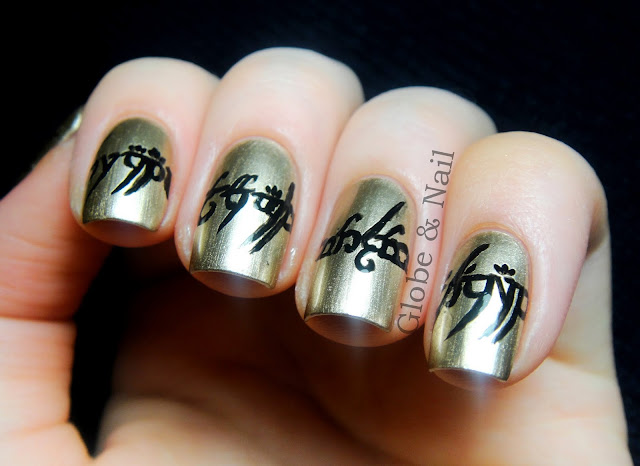 This is hardly original in terms of nail art, but I'm really proud of it!  I used two coats of Essie Good As Gold for the base, and painted the script with black acrylic paint. 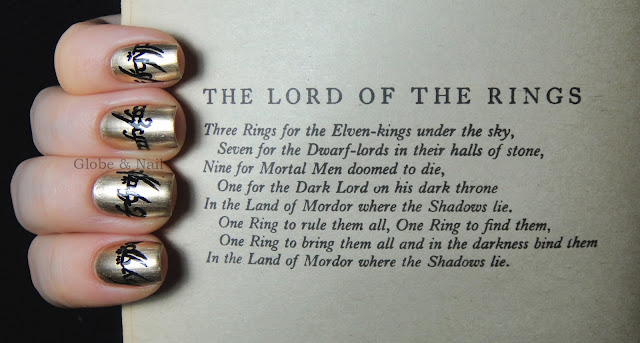 This is the rhyme from which I took the line to write on my nails.  In the book it's written in the Common Speech, but I painted it on my nails as it appears on the One Ring itself: written in the Black Speech using the Elvish form of script as invented by the Elf Fëanor, Tengwar. 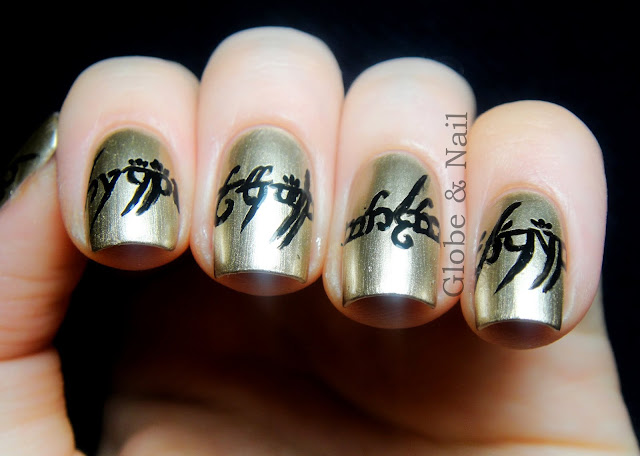 The script on my nails should say "One Ring to bring them all and in the darkness bind them," though it's probably missing the last two words because of my lack of ability to space words properly.  Cue artsy picture with a book. 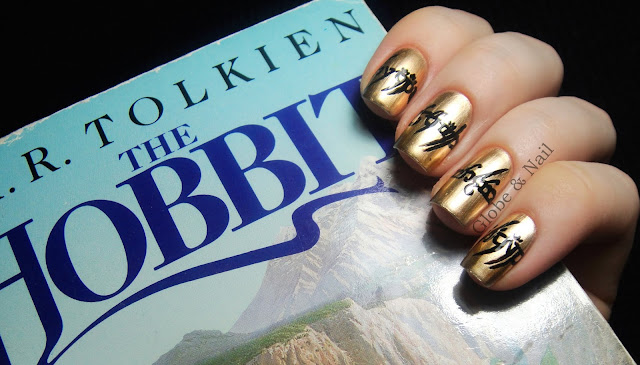 I could get all into the history of the One Ring but that isn't exactly relevant to a nail polish blog, so if you're interested, you can read more about it here.

I'm not seeing the movie when it comes out on Friday; as much as I'd like to I have a dress rehearsal that night and a show on Saturday night.  However, I'm super excited for Sunday because I'm going to my friend's house at the crack of dawn to have a Lord of the Rings movie marathon (yes, all 10 hours) followed by going to see The Hobbit!  :)

Are you planning on seeing The Hobbit?  Anyone as excited as I am and willing to geek out with me?  :)